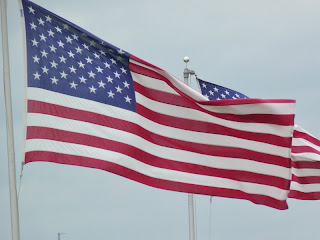 After considering for a year now what I would blog about, when I would blog again - I've realized my season of blogging has gone.  What was once a fun way for me to stay in touch with dear internet friends now looms as another item on my "Should Do" list.  While I still visit some of the blogs you lovely people maintain -- I no longer have the blogging urge.  My life is good - blessed beyond anything I had expected by the loving care, support and help of a dear circle of friends.  I have no children and a very small family - so I want to contribute my energy and time to those sweet relationships and serving the Lord.  Thank you all again for the fun, tears and shared experience of blogging.  One recommendation I have for any of you who have maintained a blog --get a hard copy.  I used Blog to Print and am more than satisfied.  They also did a book of Skip's Caringbridge site --prices are reasonable for a good quality product.
That being said - I won't make attempts to update the blog after this time.  God bless you and yours -

Aramaic Bible in Plain English (©2010)For there are these three things that endure: Faith, Hope and Love, but the greatest of these is Love. 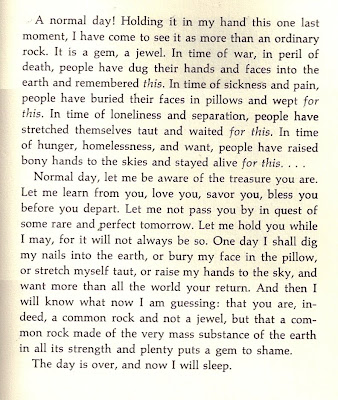 I've looked several times for this full length version of a poem/heart felt cry written by Mary Jean Irion who (at last result via google) lives near Lancaster Pennsylvania.  I'd read parts of it in a Joni Eareckson Tada book and wanted to share it with you.
I thank Ms. Irion for clearly wording at least a few of the wishes of those of us who go through major life change.

Personally - I'm  doing well enough - returned to church this morning for first time in several years.  Beloved friends (as we say in the south )carried me there and home.  I'm eating,trying to learn to sleep through the night (fireworks aren't helping with that task!)  doing masses of paperwork, learning to live without my primary role.
DH's service at Dallas National Cemetery was just right - I think he would have approved and it was just what I needed and not a single person or event I didn't want (well except the obvious - NOT to have to say a final farewell).  Thank you for expressing your support, prayers and comfort - and especially for those who have laughed with me.
Will see about coming back to blogging - still not there yet - but it is possible - in God all things are possible.
It is summer on Buhlaland - hot, dry and speeding past. 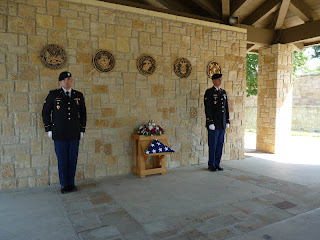 What a difference he made in my life - can't regret the hard things when I have had and continue to have so much - dang I miss him.  Y'all be good to yourselves and easy on one another - it is all much shorter than you think!  I promise if I come back to blogging - will be about critters and flowers and projects - until then -
Vaya Con Dios.
Posted by LindaSue at 1:53 PM 12 comments:

No longer as lovely on Buhlaland

I
Stop all the clocks, cut off the telephone,
Prevent the dog from barking with a juicy bone,
Silence the pianos and with muffled drum
Bring out the coffin, let the mourners come.

Let aeroplanes circle moaning overhead
Scribbling on the sky the message He Is Dead,
Put crêpe bows round the white necks of the public
doves,
Let the traffic policemen wear black cotton gloves.
He was my North, my South, my East and West,
My working week and my Sunday rest,
My noon, my midnight, my talk, my song;
I thought that love would last for ever: I was wrong.
The stars are not wanted now: put out every one;
Pack up the moon and dismantle the sun;
Pour away the ocean and sweep up the wood.
For nothing now can ever come to any good. 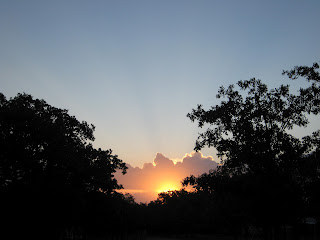 My beloved went to heaven on June 6th - no words from me could explain how he changed my life for the better.  God is faithful to comfort and provide and I'll survive this - but at the moment hard to express how my heart is breaking.  It is still good on Buhlaland - we'll be together again some sweet day. 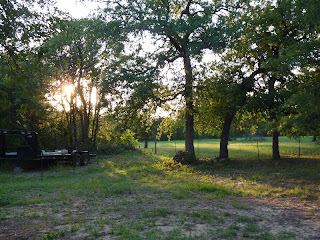 Wish I were thinking about how lovely  summery light is on the neighbor's pasture and our backyard.  I have not been blogging and probably won't much in the near future - DH's health continues to be primary concern -- too intimate both in feelings and privacy issues to discuss on a public blog.IHimself is a very private person and still finds it uncomfortable to have to share so much with strangers)
He was hospitalized last month - all projects here on Windsor have pretty much halted until we can find a competent handyman to hire and that is still proving a challenge.  The Lord will provide - and today He provided warm, windy summery day.  I apologize for not blogging - I do occasionally read blogs and  enjoy  keeping up with your adventures and lives through the writings/pictures you share - just won't be doing it.  I am maintaining this blog  for my own perspective on past several years.  At some point - Lord willing and finances allow - would like to do one of those print editions of  blog - several people over the years have had their blogs printed off and it would seem to be a wonderful diary.
Received a  message from one of my internet friends yesterday -
"Humans can't live in the present, like animals do. Humans are always thinking about the future or the past. So it's a veil of tears, man. I don't know anything that's going to benefit me now,except love. I just need an overwhelming amount of love. And a nap. Mostly a nap."- Townes Van Zandt

Sounds as if it is written by a cat - a rather perceptive cat at that.

The year's at the spring,
And day's at the morn;
Morning's at seven;
The hill-side's dew-pearled;
The lark's on the wing;
The snail's on the thorn;
God's in his Heaven --
All's right with the world!

Indeed - He is in control and as always - I'm eternally grateful!